SANTA CLARA, Calif. – Dec. 16, 2015 — Nexenta (@Nexenta), the global leader in Open Source-driven Software-Defined Storage (OpenSDS), today announced that they are sponsoring the Gateway Beautification Project supported by San Jose Mayor, Sam Liccardo and Downtown Streets Team, a non-profit organization working to end homelessness through the restoration and rebuilding of lives. The Gateway Project, aims to not only help beautify and take care of the San Jose environment, but also to end homelessness, one gateway at a time. 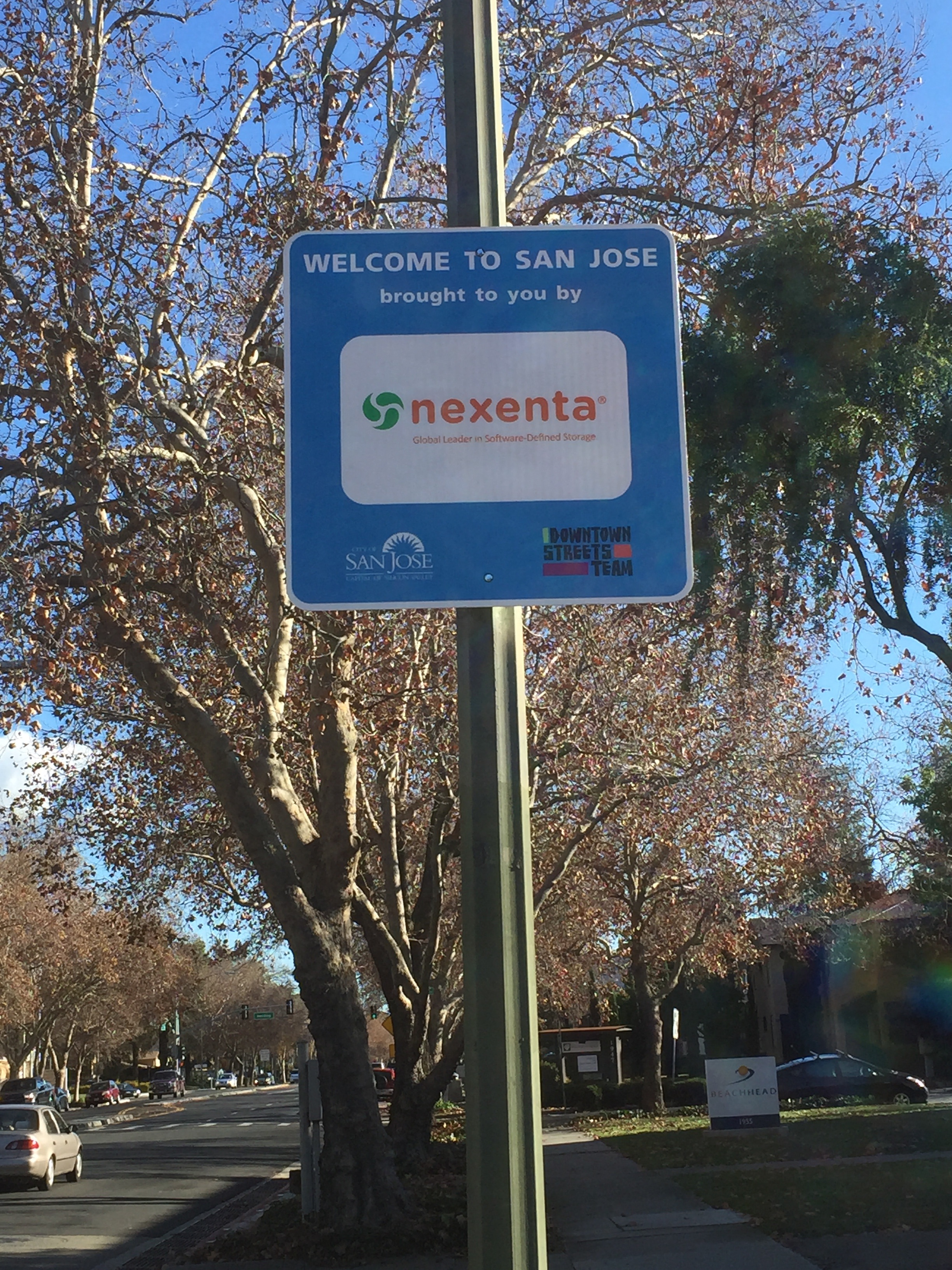 Nexenta is sponsoring a gateway sign near the 82/Alameda 880 highway interchange, which will be marked in bright blue and easily spotted at the nearby on-ramps. This sponsorship is another example of Nexenta’s ongoing commitment to giving back to their local community. This year alone, in addition to backing the Gateways Project, Nexenta partnered with the Colorado Technology Foundation to help bridge companies to STEM education, technology and workforce programs in Colorado. The company also expanded its partnership with the Silicon Valley Education Foundation (SVEF), which included The 11th Annual Pioneers & Purpose Gala where Nexenta was a featured host. The November event raised $1.3 million to support K-12 education in California.

“Nexenta is honored to back the incredible work that Downtown Streets Team and Mayor Liccardo are doing with the Gateway Project,” said Tarkan Maner, Chairman and CEO of Nexenta. “Giving back to our local community by creating opportunities of empowerment and support is of huge importance to us and our Gateway sign is an ongoing reminder of our dedication in this regard.”

While the Gateway Project aims to beautify the local community, it’s also about sharing social responsibility in the fight to end homelessness. Downtown Streets Team strives to build partnerships with cities to beautify neighborhoods, creeks and downtown streets as well as with the homeless men and women who volunteer on these projects. Nexenta joins Supermicro, Ernst & Young LLP, Wells Fargo and TiVo, amongst others in support of the project.

Nexenta, NexentaStor, NexentaConnect, NexentaEdge and NexentaFusion are trademarks or registered trademarks of Nexenta Systems Inc., in the United States and other countries. All other trademarks, service marks and company names mentioned in this document are properties of their respective owners.